Tesla CEO Elon Musk sent shares of Twitter tumbling on Friday when he said he was putting his $44 billion acquisition of the social network on hold while he investigates the proportion of fake and spammy accounts on the platform.

Although Musk later clarified that he remains committed to the deal, he continued to dwell on the fake accounts. He wrote on Twitter that his team would do its own analysis and expressed doubts about the accuracy of the numbers Twitter has reported in its most recent financial reports.

In its earnings report for the first quarter of this year, Twitter acknowledged that there are a number of “spam or fake accounts” on its platform, along with legitimate monetizable daily active users (mDAUs). The company reported: “We have conducted an internal review of a sample of accounts and estimate that the average number of fake or spam accounts during the first quarter of 2022 represented less than 5% of our mDAU during the quarter.”

Twitter also admitted to exaggerating the number of users by 1.4 million to 1.9 million users in the last 3 years. The company wrote: “In March 2019, we launched a feature that allowed people to link multiple separate accounts to conveniently switch between accounts,” Twitter revealed. “An error was made at that time so that actions taken through the primary account resulted in all linked accounts being counted as mDAU.”

While Musk may be justifiably curious, experts in social media, disinformation and statistical analysis say his suggested approach for further analysis is woefully flawed.

Here’s what the CEO of SpaceX and Tesla said he would do to determine how many spam, fake, and duplicate accounts there are on Twitter:

“To find out, my team will take a random sample of 100 @twitter followers. I invite others to repeat the same process and see what they discover.” He clarified his methodology in subsequent tweets, adding: “Pick any account with a lot of followers” and “Ignore the first 1000 followers, then pick every 10. I’m open to better ideas.”

Musk also said, without providing evidence, that he chose 100 as the sample size number for his study because that’s the number Twitter uses to calculate the numbers in its earnings reports.

“Any sensible random sampling process is fine. If many people independently get similar results for % fake/spam/duplicate accounts, that will be revealing. I chose 100 as the sample size number, because that’s what Twitter uses to calculate <5% fake/spam/duplicate."

Facebook co-founder Dustin Moskovitz weighed in on the issue via his own Twitter account, noting that Musk’s approach isn’t really random, uses too small a sample and leaves room for massive errors.

He wrote: “I also feel that ‘don’t trust the Twitter team to help extract the sample’ is its own kind of red flag.”

BotSentinel founder and CEO Christopher Bouzy said in an interview with CNBC that his company’s analysis indicates that 10% to 15% of accounts on Twitter are likely “unauthentic,” including fakes. spammers, scammers, nefarious bots, duplicates, and “unique” accounts. Purposeful Hate Accounts” that typically target and harass individuals, along with others that spread disinformation on purpose.

“I think Twitter is not realistically classifying ‘fake and spam’ accounts,” Bouzy said.

He also warns that the number of inauthentic accounts may appear higher or lower in different corners of Twitter depending on the topics being discussed. For example, more inauthentic accounts tweet about politics, cryptocurrency, climate change, and Covid than discuss non-controversial topics like kittens and origami, BotSentinel found.

“I just can’t understand that Musk is doing anything other than trolling us with this silly sampling scheme.”

Carl T. Bergstrom, a University of Washington professor who co-wrote a book to help people understand the data and avoid being misled by false claims online, told CNBC that sampling 100 followers of a single Twitter account did not should serve as “due diligence”. “for making a $44 billion acquisition.

He said a sample size of 100 is much smaller than the norm for social network researchers studying this kind of thing. The biggest problem Musk would run into with this approach is known as selection bias.

Bergstrom wrote in a message to CNBC: “There is no reason to believe that the followers of the official Twitter account are a representative sample of the accounts on the platform. Perhaps bots are less likely to follow this account to avoid detection. Perhaps is more likely than continuing to appear legit. Who knows? But I can’t imagine Musk doing anything other than trolling us with this silly sampling scheme.” 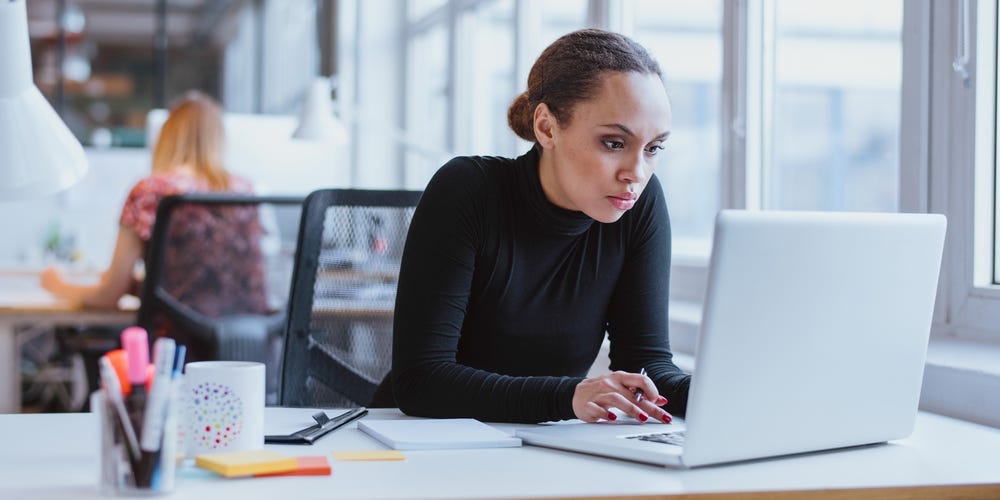